Frost on the ground again this a.m. Sun is shining so it seems warmer then it is. We're expecting to have a cold spell again but it's still better than the snow and cold up north. I'm happy! Golfers (including) Bob won't be out until the frost clears...they don't like those tire tracks on their golf course. 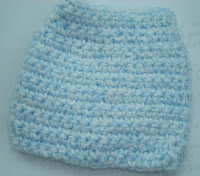 Here are some of the Barbie outfits my friend, Carol, made for her grand daughter. Aren't they just the cutest! I"m totally hooked on making these now.


This is my friend Mary's great grand daughter, Carmella! Isn't she cute! She's has a curly worm crawling up her leg that I sent her.

This is a card Carmella made for me. She's only 2 so I think she did a good job.

And here's the dress I made for Amber for her Barbie. Again, these are a surprise for her. She won't get them until her birthday in August. What fun they are to make. I'm on my 2nd dress now! 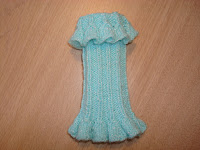