Carol has been working on a quillow for her grandson. For those who aren't familiar with what a quillow is....it's a small lap size quilt that folds back into itself and makes a pillow. Clever idea that was shared with me by my daughter several years ago. Dawn made me my first quillow which I use to this day. They are easy to make and are great to give to charities. So here's some pictures of Carol's finished quillow. It's really cute!
Carol working hard! Now you have to understand, Carol is not a quilter but each year she makes something for her grand children. I think this is her third quillow! Yea, Carol! 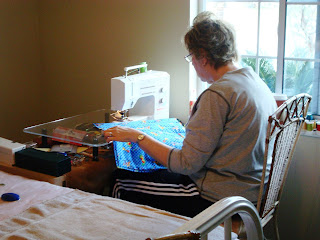 Here's the finished quillow. You can see the pillow flap at the top. 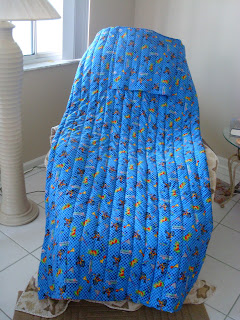 First, you fold in each side to the middle. 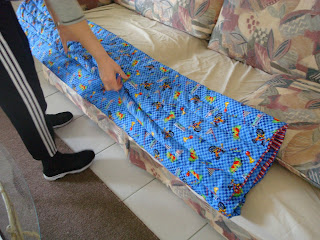 Now you fold the end up to the top then flip the entire piece inside the flap. 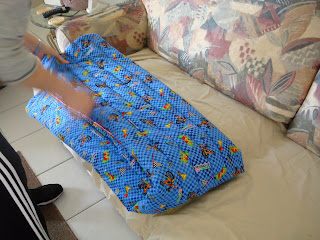 And here you are! A finished quillow! Isn't the fabric choice cute for a little boy!! 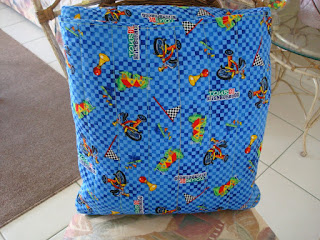