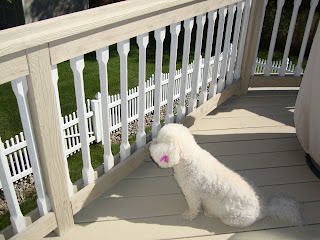 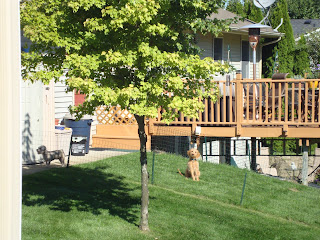 Speaking of 'doodles'..you have to put down the glass of wine (ok, or whatever!) and rotate your head to the right..I forgot to rotate this pic. This is the small canvas piece I'm doodling on. I still have lots of areas to fill in...just whenever! 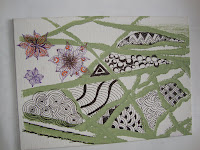 I also updated Ian's stats for Cross Country on my widget. This article was in the local paper & I removed all the kids last names for 'security sake':

“Ian continues to run better with each race,” said Jones. “He and Blake, the two freshmen, are getting better and better and we’re starting to see that time gap between the top five or six get a little closer.”

Next is update on Nick's Flag Football..these are clips for the family from last night. Darrin was out of town so he didn't get to see Nick play in their scrimmage, which Nick's team won!

Nick is wearing a red top and bottom. I don't remember now which video is which..but he's hiking the ball in one, catching the ball and then running with the ball.