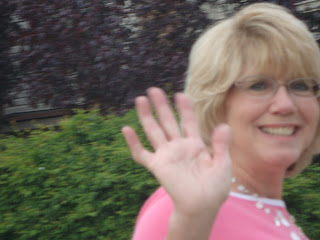 Yes, I survived but you'll have to read on about Sybil!..... 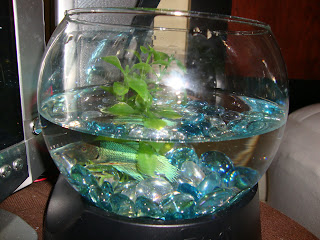 So where do I start for day 3...Auntie picked us up Sat. a.m. and off we went to do some shopping at Papa Jo's and Tradder Joes. A few other quick stops then Auntie treated us all to lunch even with a headache! Poor kid get migraines like her 'mum' and was just getting a headache. After Auntie dropped us off kids played outside and Amber took lots of pictures as did I. Those will follow at the end of this post.
So, after a great dinner of pizza prepared by Amber!, and a monopoly game which was dominated by Nick (aka Money Bags) we got ready for bed. But before we retired for the night, grandma came up with a plan to keep the cats from knocking on their door and waking us up. check out the picture below! don't laugh! It worked! Everyone slept until 7:00 a.m. with NO noise from the cats at all! I replaced the cat door with a pillow which would allow them to knock all night long! I didn't hear a thing! Even Nick was impressed and he doesn't impress easily!
Check out my 'barricade'! 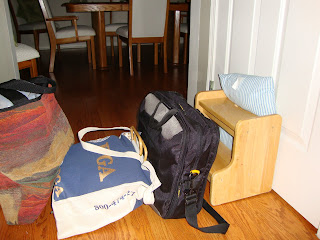 After a good night of sleep, kids and I are sitting on the couch talking about how great grandma is on her 'cat' plan when we hear THUMP! Actually, it's the FISH BOWL THUMP! AGAIN!!! Amber forgot to close her door..so off we go running to her room. There's water all over her bed along with the fish bowl! Empty! Shades of Sammy and the funeral are coming back to me again!! Amber's freaking out...I'm on the floor looking for the fish but he's no where to be found. We take off the bedding and mattress pad because I'm thinking this fish must be in here somewhere! Of course, I'm afraid if I don't find the fish it's my grand daughter who's going to be named 'Sybil'! I can see her waking up some morning and staring at a dead fish! Yikes! So we keep looking but still no fish.
Back downstairs to put the bedding in the washer and I thought I better go back up and take one more look! Keep in mind at least 5-10 min. have passed since the first THUMP. I had amber get the flash light and go on the floor. She starts yelling "grandma, he's in there".."in where" I say!! "in the floor register" "The WHAT" I repeat! Sure enough..here's that little bugger lying quite still in the very edge of the hole almost ready to slide down! I yell for the 'spoon' again and pick the little guy up and he starts swimming around! Talk about a fighter!! Now I look at him and he's really getting to look quite ragged plus he's got a sticker from an earring or something stuck to his body! It's a flower! A fighting fish with a flower sticker on him! Geezzzz so now I'm trying to remove this sticker from him! Have you ever tried to remove a sticker from a little inch and a half swimming fish! it's not easy believe me but I got it off him.
So back to putting fresh water in the bowl and trying to get our little fish settled down. Wait..that's me who needs to settle down. I think I'm getting more traumatized then the dang fish!
So guess where the fish is now! AT OUR HOUSE! Amber and I thought it best 'Sybil' came home with grandma. It's hard for her to remember to keep her door closed, which I totally understand!
Now Gracie has another friend..oh, forgot a quick story about Gracie! Bob got up about 4 a.m. the other morning and thought he saw something run across the floor! Of course you first thought is a mouse...nope, it was Gracie! She was sitting on the floor by the night light! So here's Bob at 4 a.m. getting the bird on his arm to put back in her cage! guess she fell off and of course being dark just wandered around the house! Bob said she's been quiet for a few days but she started to scream when i came in the door so I think she's just fine. Oh, Bob isn't..he's got a bad sore throat, no fever, but cough, cold...
Back to my weekend....after the latest 'fish' incident and making sure the door to Amber's room is CLOSED, kids put together a herb garden kit Bob and I won at Art Van's. I had them each put their name and the herb they planted. Hope they grow! After this we went to the park not far from their house and had a good time. Had our lunch then kids wanted to put on their suits and have a water pistol fight. Only problem, they can't find their new water pistols, so grandma improvised and gave them some water bottles from the recycle bin and told them to have at it! They started to play but I squirted Nick and he decided he'd rather play with his cars and a friend. So poor Amber didn't have anyone to squirt...except me! Yep, grandma and amber had a water fight. It actually felt pretty good since the temp was up to 81. Because i was still in my Capri's, I told Amber to only squirt water on my legs. I told her I didn't want to get my underwear wet. She said "did you only bring one pair, grandma" "No", I said "I brought a pair for each day but I don't have any extra with me". "Oh" she said. It was funnier hearing it than writing it! Guess you had to be there!
We did finish the water fight and went inside to change and just had sat down when Mom and Dad came home! So that ends my baby sitting days this week...I ended up with a Cherry Pie from Traverse City, dark chocolate covered cherries and a fish! Can't beat that with a stick, can you!!! thanks kids for the memories this week!!! I have to say I did love every minute of it!!
Grandma instructing Nick on skateboarding! Hey, I don't just bead and quilt you know! 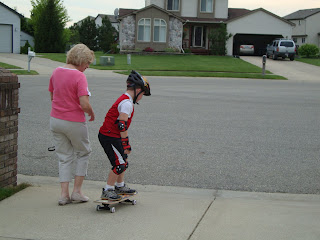 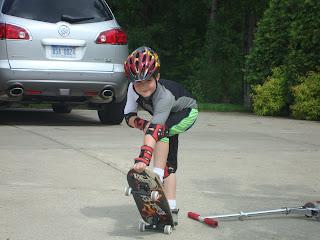 This was a group hug! I was helping two of the neighbor kids on the skateboard as well. Yes, I play softball, ride a skateboard and other grandma things! 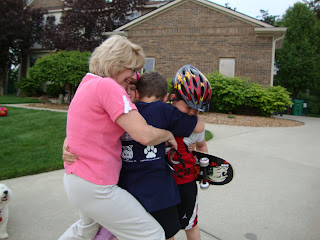 I forgot on Sat. the kids and I made shrinky dink rings..you'll have to look at my last post for Day2 to see sites for instructions. I'm too lazy right now to look it up and link! This was our stamping onto the shrinky dink material. 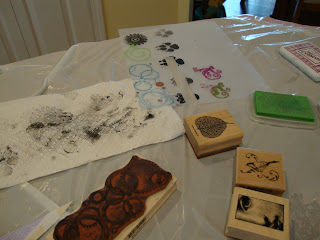 And some of our rings! They're actually pretty cool! Except you can't wash your hands with the rings on. The ink rubs off...hmmmm 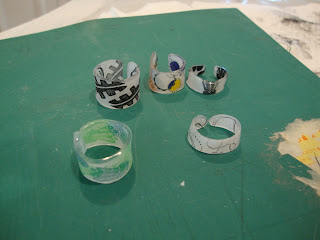 Our Cook for Sat. night! Amber did a great job making a pizza with a smiley face! Plus, it tasted great too! 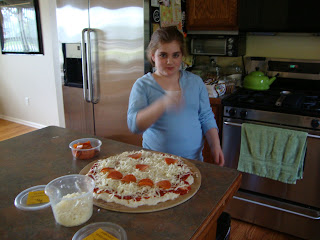 Looks as good as it tasted! 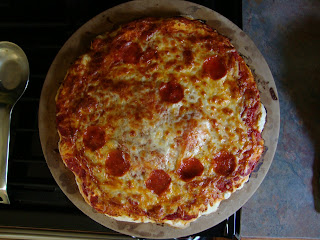 Putting together their herb garden! Chives, sage, dill and cilantro! 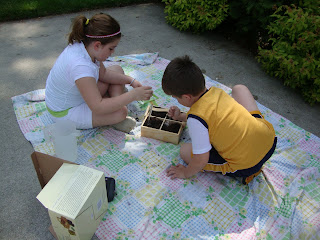 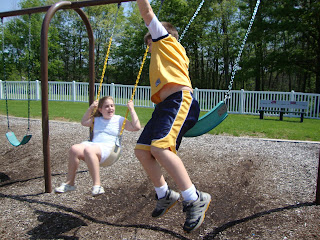 But so does Amber! Think they do these things on purpose! 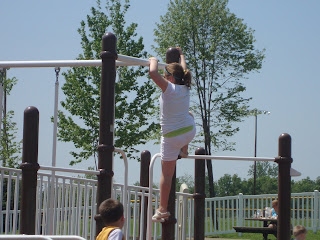 Yes, I think they do! Not really..their dad had these kids climbing since they were 3! 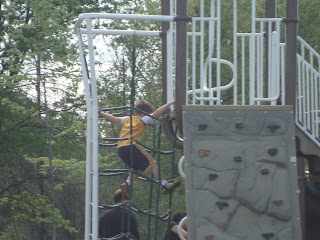