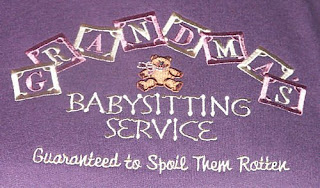 60 degrees already! Rain quite heavy last night. Later this afternoon, I'm heading down to babysit the little ones (gosh, before long they won't be little ones, will they!). Kids are headed off to their annual, anniversary get away in Sutton's Bay. They were able to get an extra day which is nice for them and this grandma! So most likely I won't be posting for a few days.

Yesterday (or was it the day before! hmmmmm), I finished putting the binding on Kayla's graduation quilt. It's good tv work for hand stitching down the binding. I did some last night but still have about an hour left.

I did start work on our next Inspired by Master challenge. Here's my piece in progress so far. I won't work on it until next week. It's my interpretation of the works of Friedensreich Hundertwasser.

My initial design is on the tracing paper and this was my start. Actually the swirls were my starting point. They were just fun to make and the fabric seemed perfect. 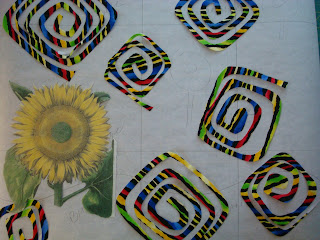 I had two hand dyed fabrics that I just loved and wanted to use them in this piece. I have some other elements that will be added but they aren't finished yet. So here's my start..doesn't look like much but hopefully in a few weeks it will! 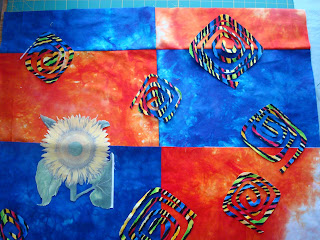