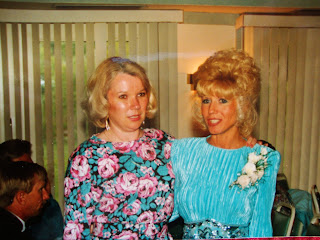 I met with my friend, Alice, yesterday for a nice, long lunch...and a HIGH calorie one at that...but that's another story!

Anyway, this is Alice and me (no, It's not Dolly Parton minus the boobs!)...check out my hair do!  This was at my son's wedding in '90...was that the look back then??...at least Alice was sane to not have the 'look'!  Geeeezzzzz  Alice looks as pretty today as she did back then.

Anyway, my cousin, Jimmy, passed away this past week, which is sad...I was going through some of the old photo's I had and found some that I'm sending his mom.  Inbetween, I found some of these in my 'horse' days!  What a hoot!  This picture was just sent to me from one of my horse pals.  Guess she was going through pics too!  This was at a fun show at the Davisburg fairgrounds in '78.  This was one of my best mares.  She produced really nice babies and pics follow of one of her paint foals. 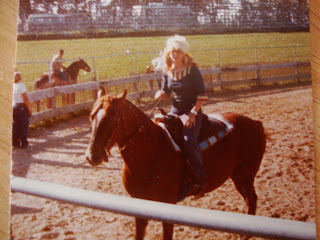 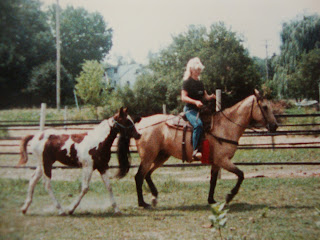 This was one of the first Paint foals I raised.  The picture above is Mr. Love (haven't a clue why we named him that!) when he was a wealing.   I had entered him in the fall futurity so I would pony him daily to build him up.  The horse I'm on was a Tenesee Walker.
This was Mr. Love as a yearling!  He was really nice and we placed quite well in halter and color classes as a yearling and a 2yr old. 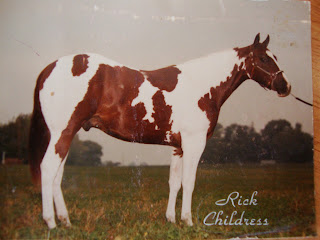 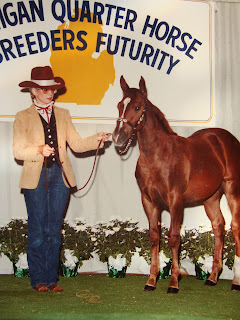 This was a foal I showed for my horse pal, Carol R.  She was a nice foal and actually from really good bloodlines.

And these are pics from the 80's with my Aussie dog and my cockatiels!  I raised cockatiel's at that time.  The male bird sitting on top of my Aussie would actually 'preen' Calico's whiskers!  It was a hoot! 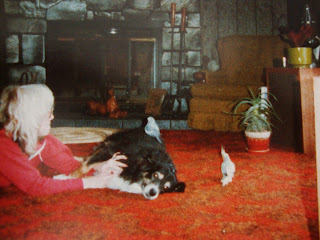 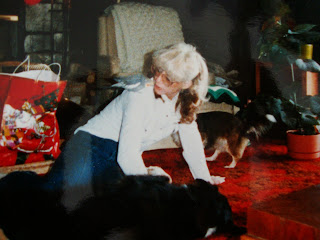 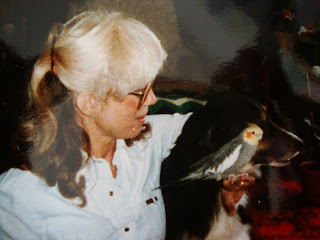 This was Echo and he and Bob bonded when we got married.  I only have Gracie left now (blue front amazon) so no more raising babies.

Well, off to mail Christmas packages and do some cleaning....I need my weekend to sew Peter Max!  Or else he won't get finished until Florida!
Posted by Robbie at 12:05 PM