So sad it's over! 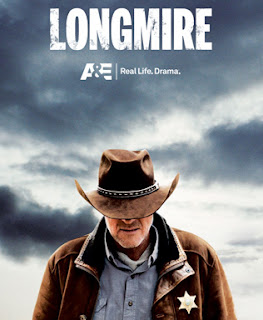 Let's face it...there are a lot of silly, dumb, ridiculous TV shows on right now.  (OK, I do admit to liking some of those dumb, silly, ridiculous show! - Housewives of XX and Flipping Out have me hooked!)  But the Longmire series on A&E is or was the best!  The season is over with now...boo hoo!!!  Bob and I got hooked on the 1st episode, I don't even know how we found it, but we haven't missed one show.  Of course we Tivo it so we can watch commercial free.
Now we have to wait until the 2nd season.  If you haven't seen this show, check it out.  I know they'll have reruns.  The acting is very good and most of the stories take place outside!  The show is based on books written by Craig Johnson who is a mystery writer.  I actually have  ordered some of his books from our library.  The setting takes place out west, but in modern times, which is right up our alley.  Speaking of west.... 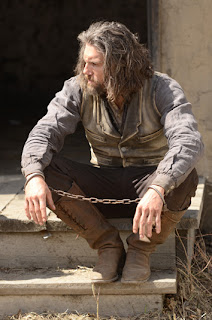 The next series we've been looking forward to is Hell on Wheels. Another really good series that is on AMC.  This one takes place in post civil war time frame.   This is the 2nd season but they have reruns of the 1st on as well.  Bob and I both like series that are realistic and both of these, set in their respective time frames, are very real.

So that's my TV review for the year, most likely...unless I start with Housewives....
Posted by Robbie at 12:22 PM