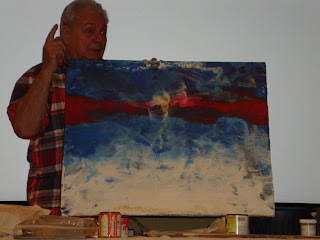 Today, Peggy and I went to the Ocala library for the lecture and demo of Encaustic Art by Ed Franklin.
What an interesting hour!! Mr. Franklin certainly was entertaining and so was Dominic, who played piano. Dominic is only 16 and a classical pianist and he was great!
So back to Mr. Franklin's lecture. We started off with a slide show of some of his work and video from his opening in southern Florida earlier this year. He had some great pieces in that exhibit but the video showed more people than it did his art work but that's ok. He had some of his art on display at the library and we were given handouts.
This picture is after Mr. Franklin demo'd using a blow torch to make his designs on the canvas. The heat melts the was and creates a wonderful flow to his pieces. 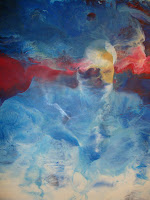 These were really delicate looking but all done with wax! 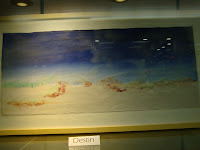 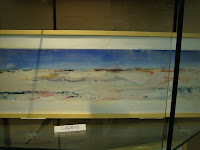 See the four faces in the middle..this was a huge piece and I only got part of it in the picture. 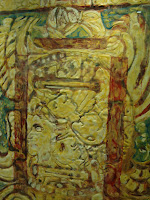 Some of his geometric pieces... 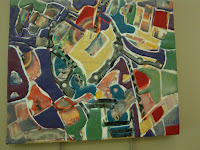 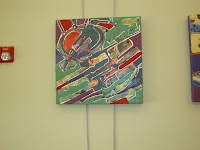 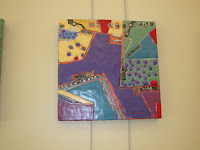 Here is a quick video of Mr. Franklin using the 'torch' to move the wax on the first picture I showed in this post.