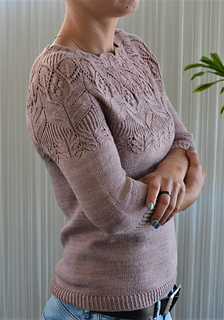 Yep!  My sister and I are back at it again with another Lace sweater!  This is the pattern we're working on.  It's called Sayuri and it's by the same designer we both like, Valentina Bogdanova.  Her patterns also include pictures of the unusual knitting stitches in her patterns, which I really like.  And, so far, her sizes work good for me....watch...this one won't!  HA I started on 9/9 but I had to stop and order another circular needle.  Mine was a 24 in and I really could just use a 14". I was stretching the stitches which I didn't like.  Some knitters use what's known as 'magic loop' but I've never mastered that technique so it was buy a new circular needle!  HA 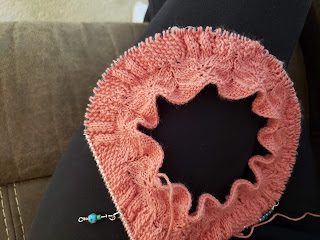 Looks a little strange but this was working on the short rows for the back.  Makes your sweater lie better... 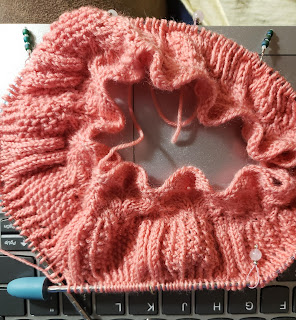 So now I'm starting on the 2nd chart and will be knitting 63 lace rows!  YIKES...along with a new stitch called spikelet!  Hmmmmmmmm

The color of this yarn is Dusty Coral... 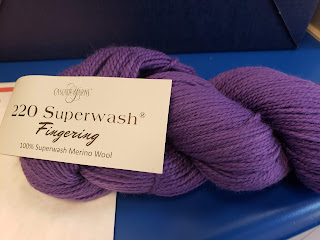 This is the yarn/color my sister is knitting.  It's going to be for her daughter.