Tuesday I headed down to spend time with the kids!  So much fun...we had some lunch then headed to Meijer for gas then stopped and had some yogurt or soft ice cream...yum!!!

Back to the house to play some games.  It was beautiful out so we had lots of fresh air today!  Nick brought out a card table and four different games...we just played with two of them.  Which was good...grandma wasn't winning!  HA 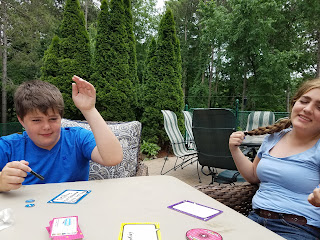 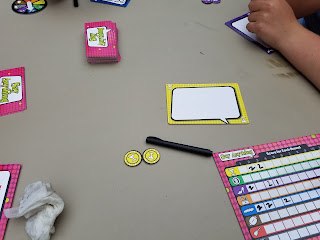 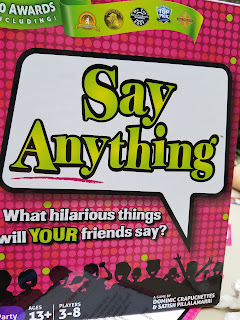 This was an interesting game!  Too long to explain...not sure when we'll play again...not too soon I hope!

We also played UNO Attack, which I really like playing...although I'm going to print out the rules!  I think the kids change them from time to time!  HA

Of course Brody wanted some grandma time too!  And he's not one that you say no too!  He is a doll and enjoys pets and talking to!  HA 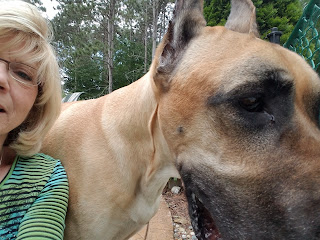 Nick wanted to go swimming...for the life of me I don't know why!  It was only 70 degrees out!  but he did! 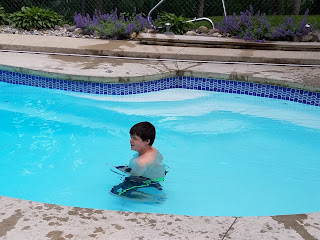 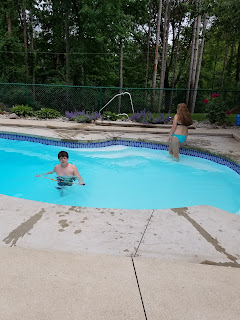 Amber put on her suit on and walked down the pool steps...but that's as far as she got!  Don't blame her at all!


It was a fun afternoon with Amber and Nick!  I do look forward to the summer being able to spend more time during the day and not worry about homework having to get done!  Next Tuesday, Amber is headed to Grand Valley for a Lacrosse workshop.  So Nick and I already have the day planned.   We're going to pick up a scary movie we both want to see at RedBox, head home for lunch and watch our movie!  This way, being daytime, neither of us will have nightmares!  There will be too many other activities going on before bedtime...by then we'll both have forgotten the movie.  Let's hope!
Posted by Robbie at 6:00 AM