Well, it really is almost winter...we actually had snow showers yesterday afternoon!  It's hard to see in this picture but those tiny white dots are snow showers!  OK, so you can't see the white dots...but we did have snow! 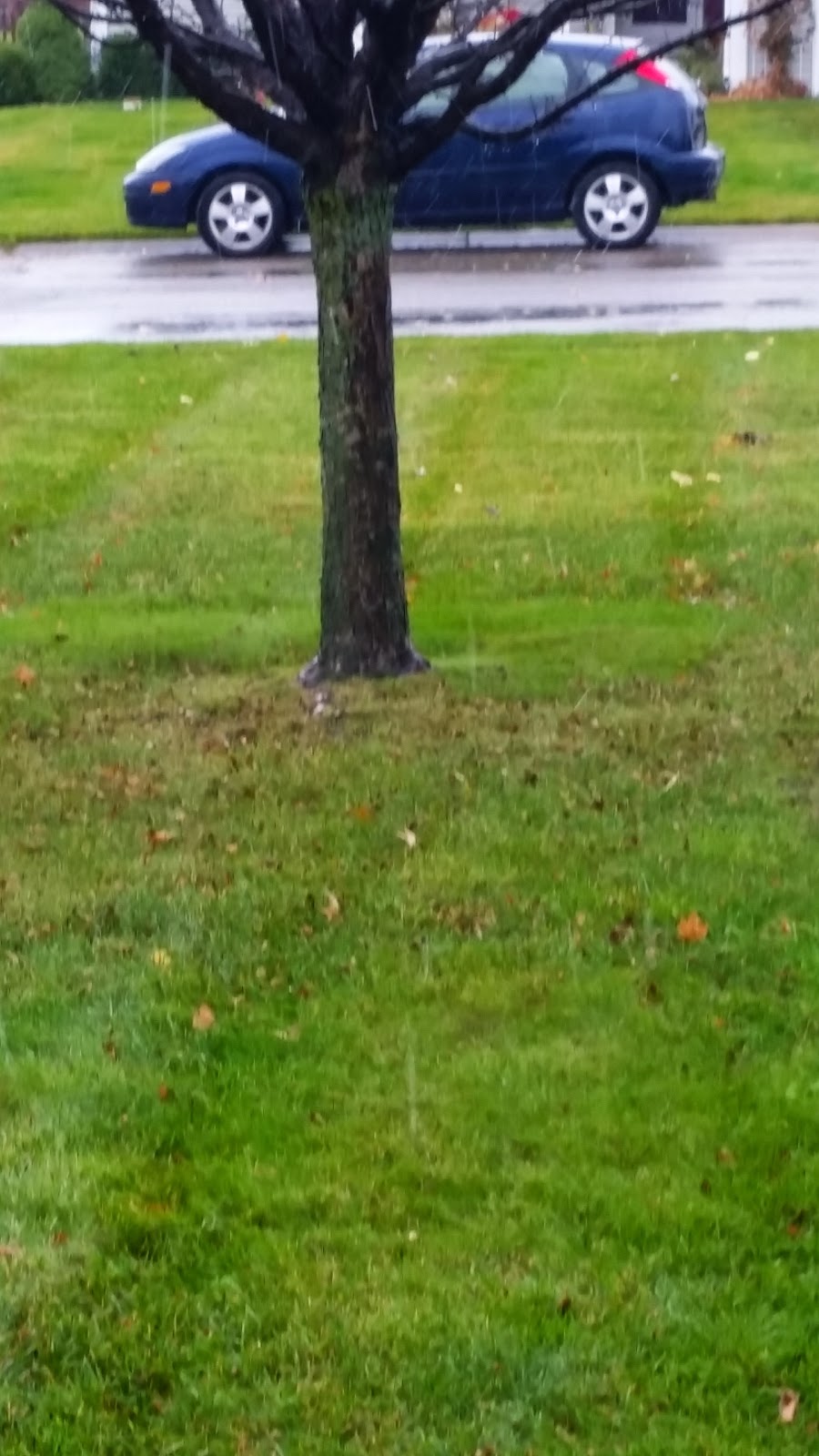 It sure didn't stop the Trick 'N Treaters last night...kids are resilient that's for sure.  Bob was complaining all night about how cold it was but not all the kids complained.

I think he forgot what it was like when you were a kid...cold never bothered us especially when there was a reward like candy!!!

Kalee was a doll again for Halloween!!!  She would sit at the door but never venture out on the porch.  She just looked at the kids and waited for the next group. 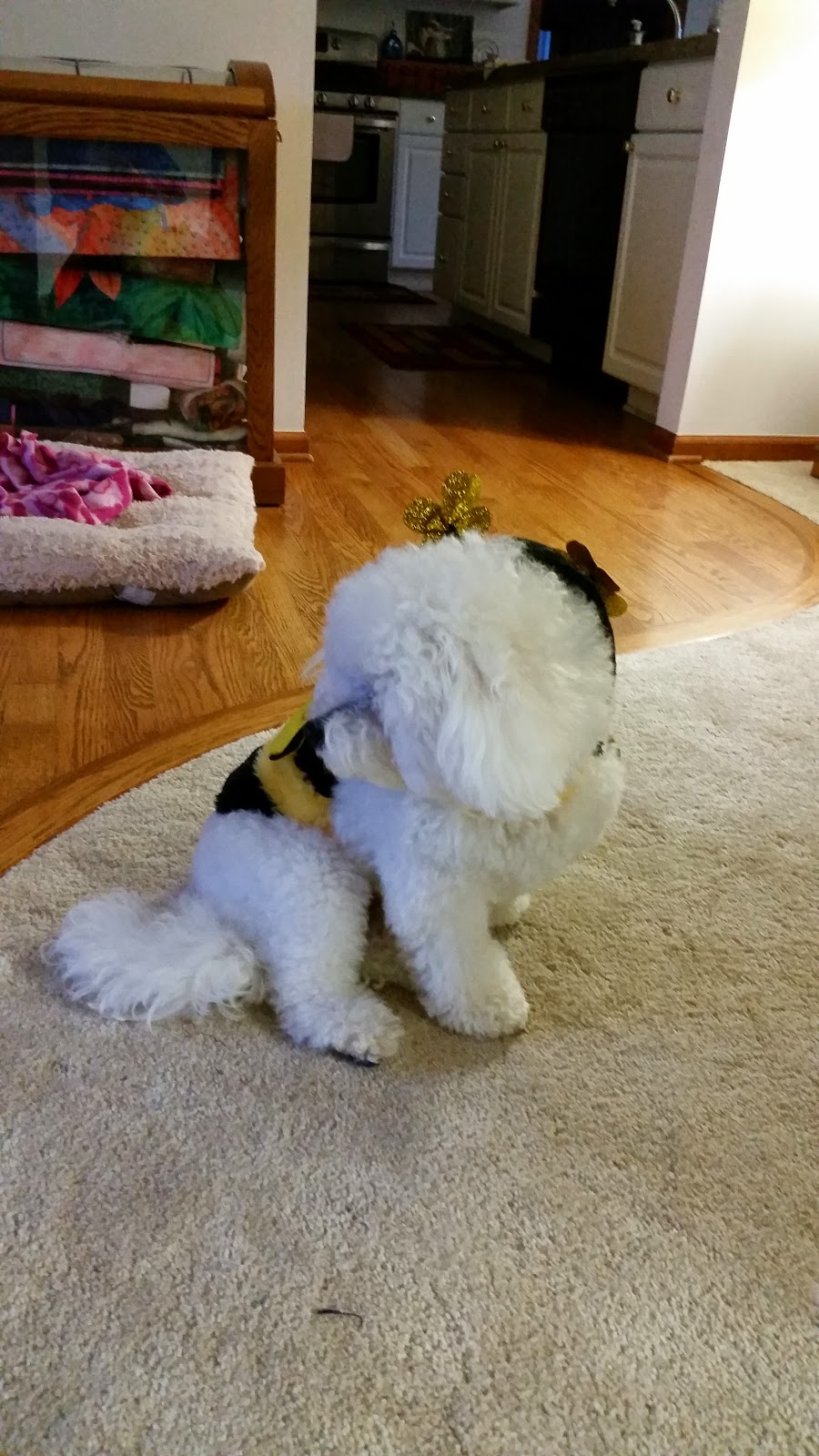 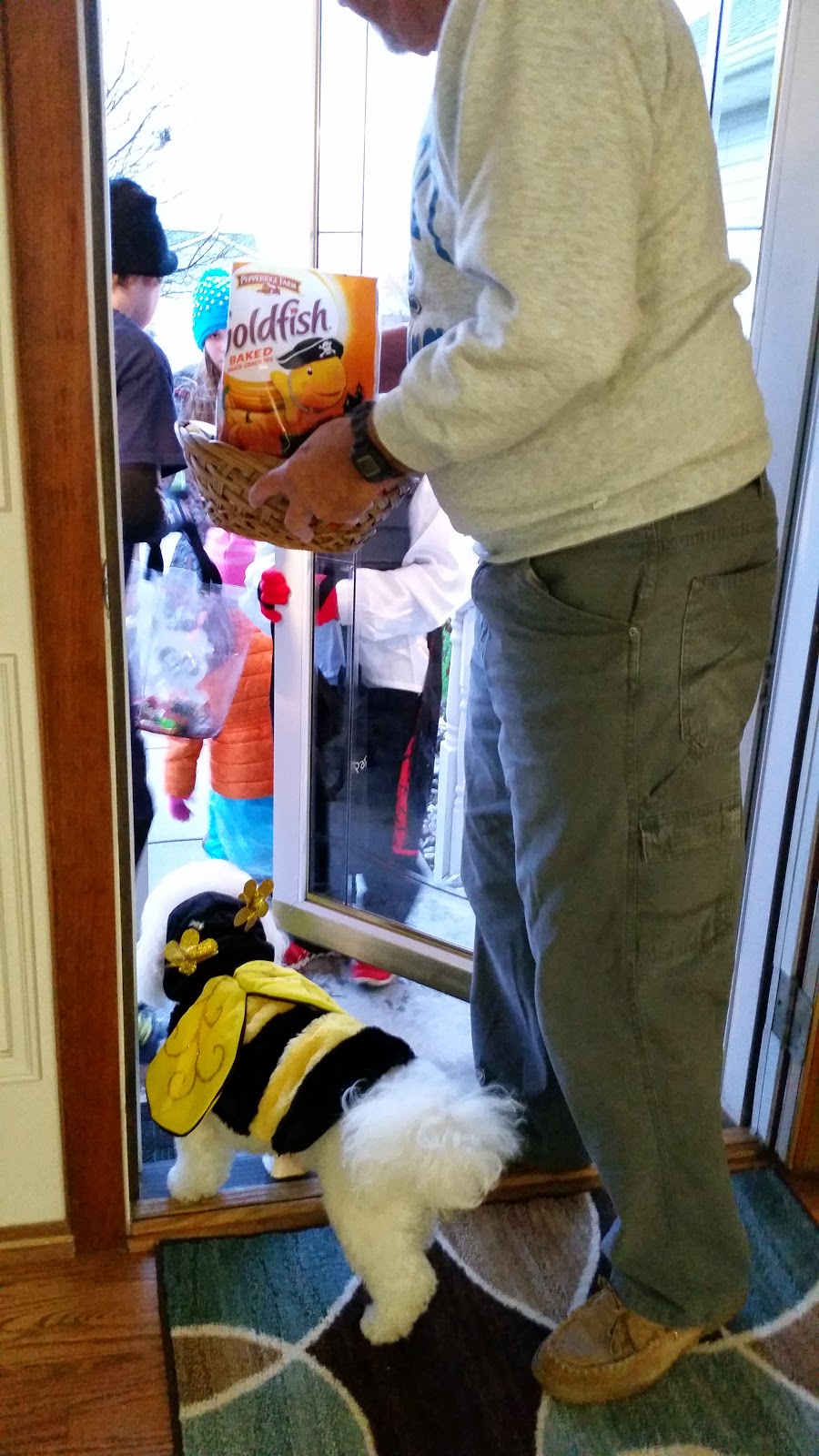 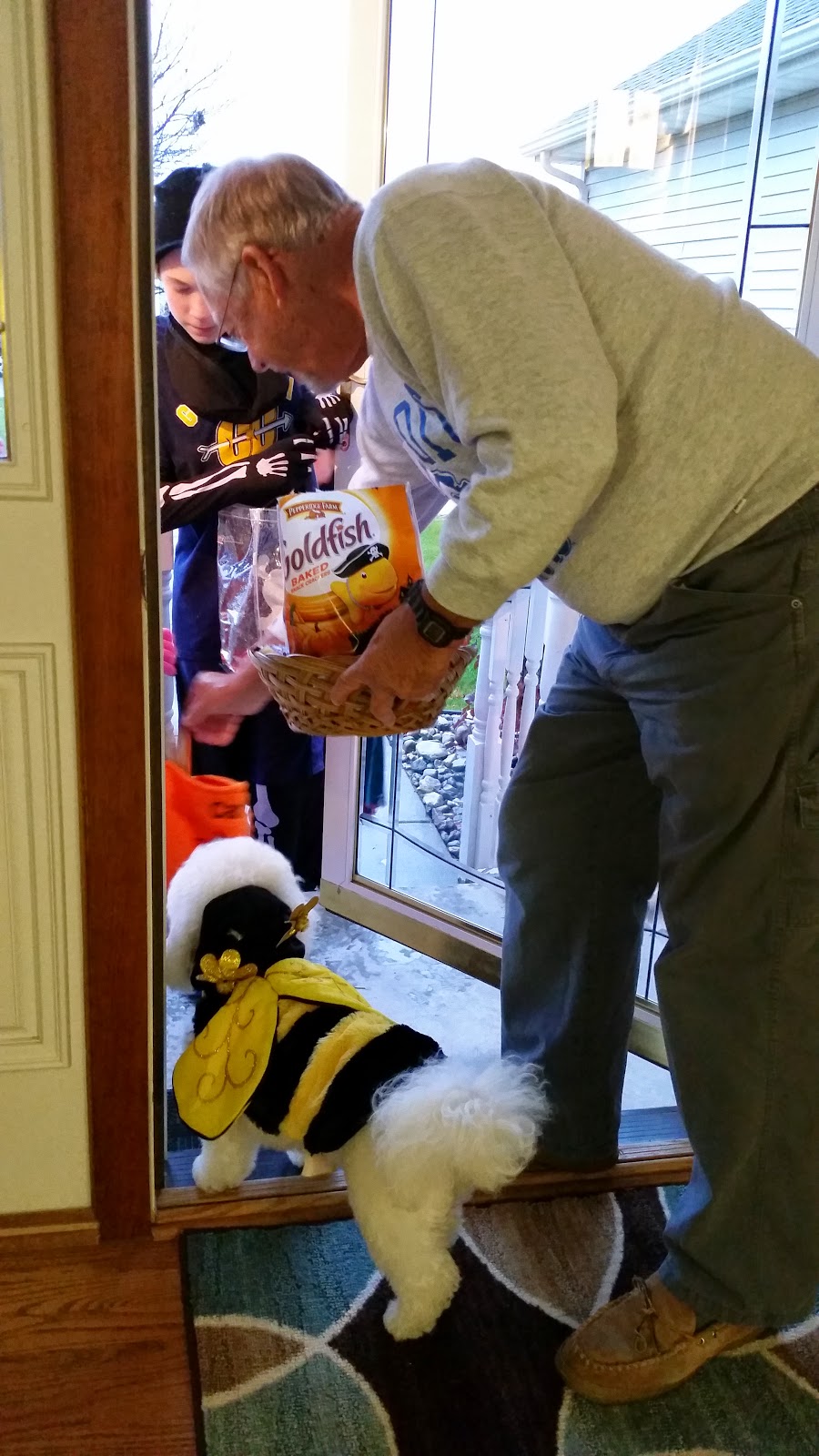 
Today I did some laundry and cleaning then off to start another project.

Nick was playing in their Super Bowl today.  I decided I was a wimp and didn't go.  It's only 34 degrees out and windy.  I can sit in the rain or cold and watch Nick's games....but I sure pay for it the next day.  The old bones can't handle that cold and wind.

Nick's game didn't start until 3:30 so we are waiting to hear if they won the Super Bowl...if not, they've had a great season!

Off to put dinner on the table then more sewing!  Love staying inside!!!
Posted by Robbie at 5:08 PM