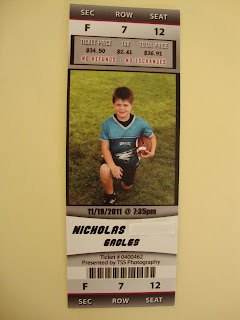 Well, here's the next Lion's player! I went to Nick's flag football game yesterday. Really was a beautiful day out...actually, quite HOT! 81 degrees..isn't that August weather??

Anyway, Nick did quite good as did his team. I don't know the final score but Nick said they won. It is a hoot to watch those little kids play and they do play hard!

They even had cheer leaders!! Aren't they cute!!! The video is of Nick catching an interception...this was his 2nd in two weeks! Good eyes! 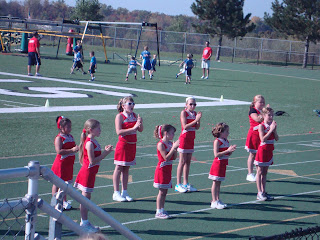