Where have I been???

If it's May...then it's grandma time!  Darrin and Kris try to get away during May for their anniversary (27th this year!) so between Auntie, Kris' mom and I we stay with the kids.  I picked up Nick from school on Wed. and my 'time' began!  I took both dogs with me too, which was a 1st for Gigi and Kalee was happy to see the kids and cats!

Amber had Lacrosse practice every day after school so Nick and I were on our own for dinner.  He made burgers for us the 1st night.  They weren't too bad either! 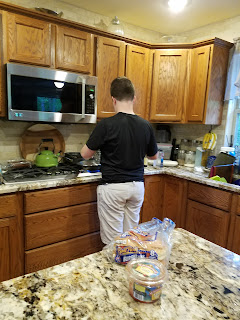 And Nick and I had to do our Monopoly game on his Xbox!  It takes a long time to finish a game, which we didn't get to finish!  The dogs enjoyed some quiet time watching us play! 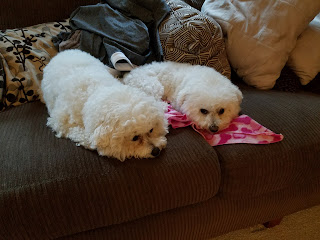 Of course, there's always the homework and chore lists that you need to oversee...not the most fun of the 'job'! HA  Kids are good students, thank goodness, so they didn't need any assistance from grandma in that area!

I did buy a new game for us to play, which was fun.  Monopoly card game is still my favorite...Nick's too.  This one is called: 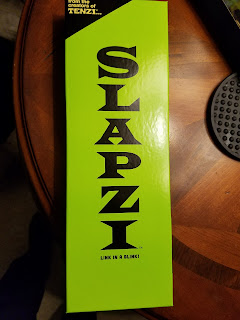 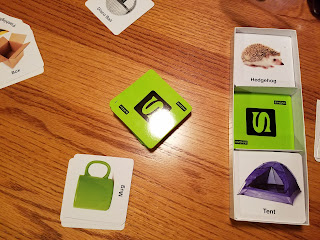 It goes quick but we sat until 10 Friday night playing it!  I finally "cried uncle" and said "ok, grandma's getting tired.  Time to watch our movie!"

We watched "The Wall" and it was good...special effects really cool!  Matt Damon was in it and did a good job. This was Gigi snuggling with Amber! 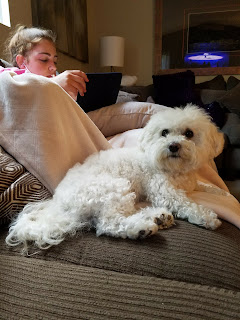 The girls were really good and Gigi finally got used to the two cats.  When we first got to the house, she kept chasing them.  They run pretty fast, which is good...and by the time we left all four of them would be in the same room together and actually sitting within 2 feet of each other!  HA 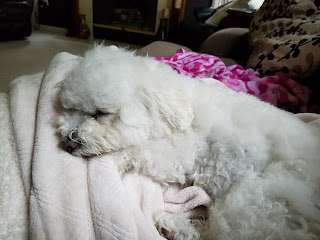 Dogs did get wore out!  But Kalee heard every little noise at night! 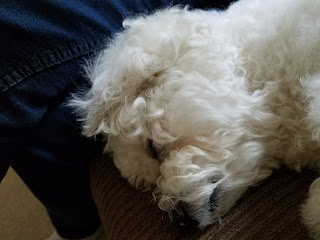 Kids are growing up so fast and could stay by themselves...but we all feel so much better being there at night for them.  Really Amber was the one who asked us to stay.  She doesn't like to be in the house without an adult at night!  Nick doesn't care one way or another!  Must be a boy thing!  HA

So another year has come and gone...before you know it Amber will be off to college and won't care about grandma....Nick will just want grandma around for games and pizza!  But that's ok...when I get to the nursing home that's about all I'll want too!
Posted by Robbie at 5:30 AM