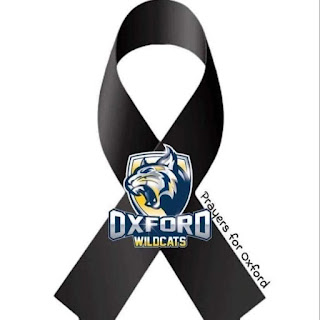 Yesterday a terrible crime was committed at my grand children's former high school!  We are all in shock and just heartbroken.  A 15 year old came out of the high school bathroom and started to shoot his classmates....moving his way down the halls until the police met him in another hallway and he gave up without a fight. 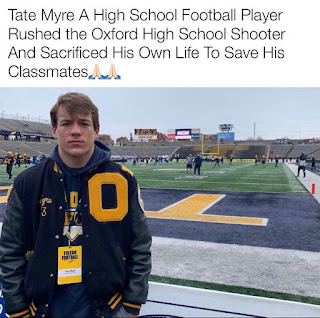 This is one of the young persons who was killed.  My son's family knew Tate's family very well as his father coached Nick while he was in football at OHS.  Darrin and Kris have continued to go to the football games  after both kids graduation to see both Tate and his brother Ty play football and they are friends with Buck and his wife (Tate's parents).  Just heartbreaking.... 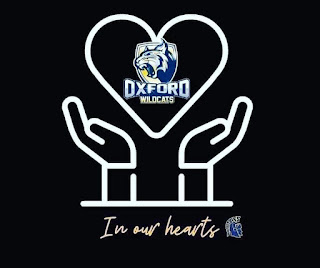 There was a vigil at the church on Tuesday night and another one will be held downtown Oxford on Friday night.  As my daughter said, "Oxford is a Hallmark town.  How could this happen here?"  Dawn also knows the Myre family so it hurts a little more having that connection. 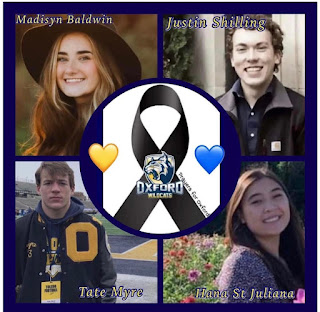 How could this have happened to these young folks...their parents woke up this morning to an empty teens room...there are seven students shot and some remain in local hospitals...one still in critical condition.  Justin (top right) passed away today.....the other three died yesterday.  Actually a police officer put Tate in his squad car and raced to the hospital.  He felt his injuries were so severe he didn't have time to wait for the ambulance.  At least Tate was with someone when he passed. 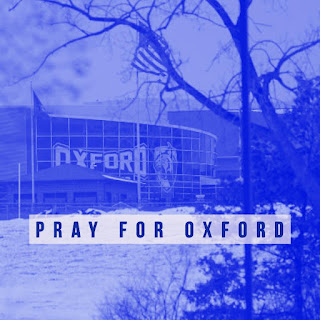 You can't help but shed tears for this terrible event.  They are charging the young 15 yr old as an adult.  His father bought the gun he used on Black Friday.  And Ethan Crumbley was called into the HS office on Monday to talk about his 'behavior'.  On Tuesday a.m., around 10, Ethan and his parents were called into another meeting to discuss his 'behavior'.  At 12:45, Ethan walked out of the bathroom and started his killing.

If you are so inclined, please say a prayer for the families of those killed and injured as well as for the town of Oxford.  The town is like a family and will make it but hopefully prayers will ease some of the burden for us all.
Posted by Robbie at 8:02 PM