Nick turned 15 on the September 26 but we didn't celebrate as a family until this past weekend.  Of course, Kris and Darrin outdid themselves 'again' with the food!  I only made a relish tray and strawberry pretzel salad (Kris' favorite).   Kris had lots of appetizers (for watching U of M football!), 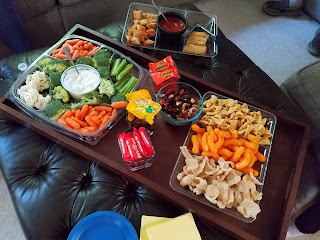 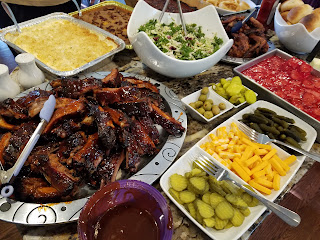 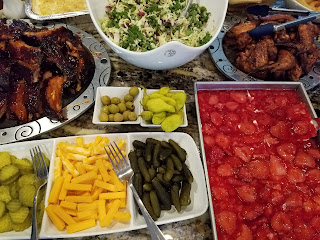 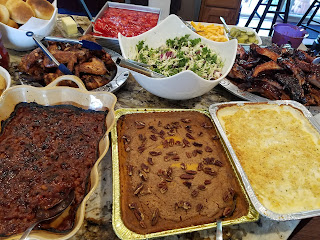 The ribs were delicious!!!!!  And I don't eat ribs but I do eat Darrin's!!!   Of course there is always cake!  It's from Costco and the best vanilla cake with a white chocolate filling...and the frosting is to die for! 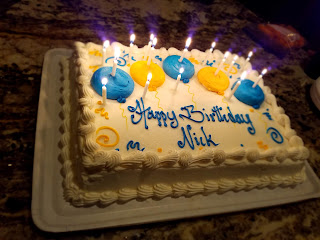 Nick's other grandma (Nancy) gave him his yearly underwear!  Family joke!  She always buys the kids underwear for their birthday! 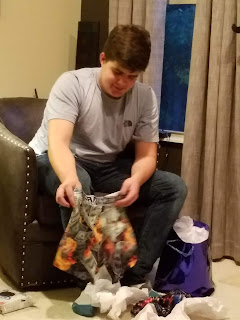 Nancy also got Nick his own pocket knife!  It's really quite nice! 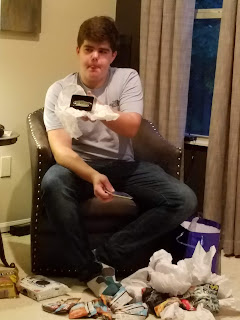 Nancy had Nick's initials printed on the knife. 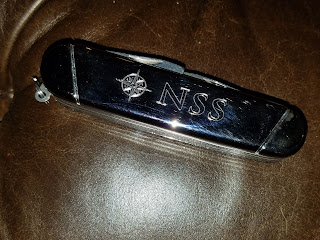 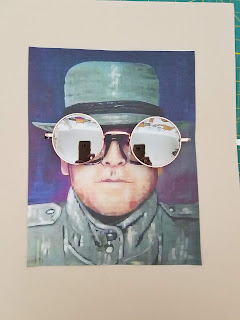 My daughter, Nick's aunt, is taking Nick to see the Elton John concert this month.  So I found some Elton John glasses online and printed out a pic of Elton John and poked the glasses through the paper! 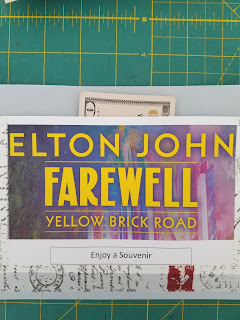 Next I printed out an advertisement for Elton's road tour and stuck some $$'s inside for him to buy a souvenir at the concert.


Lastly, I saw on Pinterest (where else!) this 'french fry' idea!  I got a gift card from McDonald's and asked for an empty fry container. 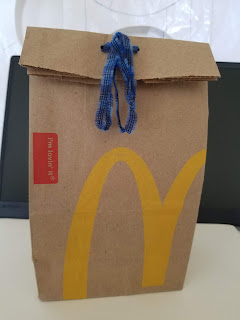 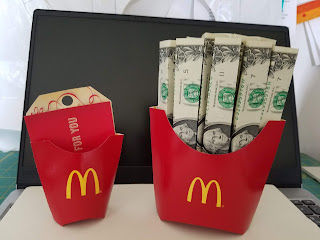 The manager was really nice and gave me a small fry container as well as a large one and bag!  I put the gift card in the small container and folded one dollar bills to look like french fries! 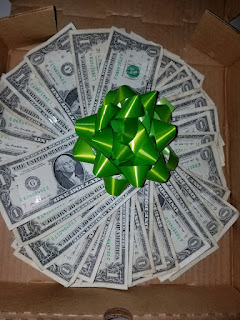 Nick is never sure what kind of gifts he's getting from me...last Christmas I gave him one dollar bills in a pizza box (I did the same for Ian!  ha).  Inside the box I wrote:  "You can't live on pizza alone, so here is some dough". 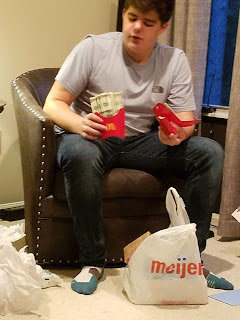 I think Nick enjoyed his 'fries'!  And I know he'll buy something at the concert!

It was a nice time with family but I only took pictures of the food and Nick opening his gifts.  I need to make sure I include family for now on!  HA
Posted by Robbie at 5:30 AM