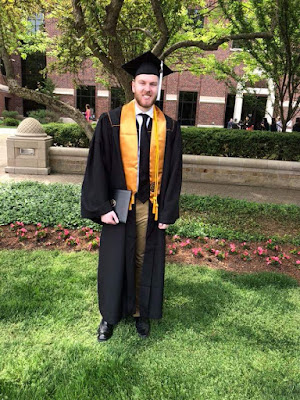 This past weekend we drove to Indiana to celebrate our grandson's graduation from Purdue!  Ian majored in Law and Society with minors in Forensic Science, Leadership & Supervision and Physiology and also graduated with honors!  Beside being such a smart kid he's also the nicest young man you would want to meet!  What a doll!

MaryJo & Ron (Ian's mom and dad) booked a B&B in Monticello, IN for both/all families.  MaryJo's dad, her two sisters/one spouse, one niece, Kayla (Ian's sister), Mary & Jim (Ian's grandma/Bob's ex) and Bob and I and Ian arrived Friday afternoon to rain!  Suppose to be a sunny weekend but....the weather stayed cold all day and the next day along with rain!  I froze the entire weekend and even ended up buying a sweat shirt for Bob!  But even with the cold the weekend was fun being with family and friends.
We are so proud of the man Ian has become and so excited for his future!!!  Congrats again, Ian! 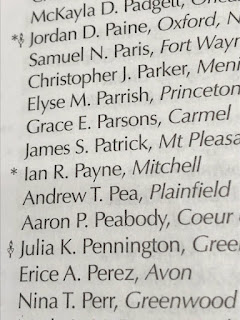 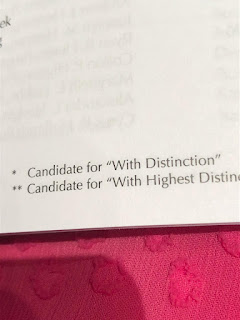 Ian's support group!!  This was taken after a wonderful dinner at a SportsBar in Monticello. 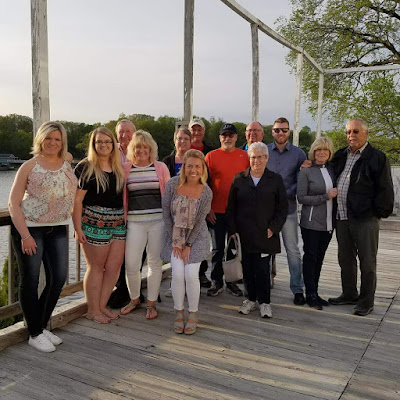 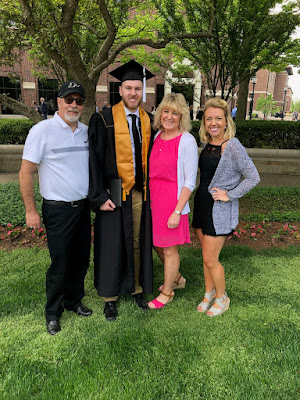 Guess I wore the wrong top for picture taking!  Honest, I'm not that chubby or pregnant! I love this picture of Ian and his sister, Kayla! 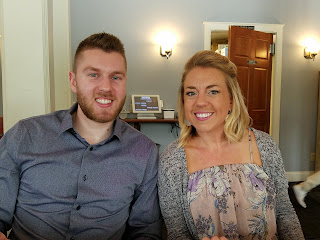 And the father and son picture.... 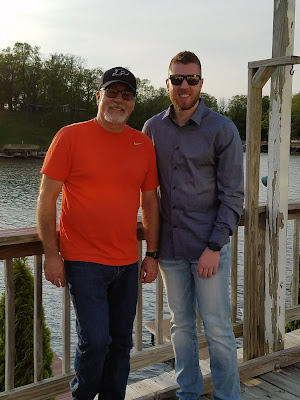 And the mom and son picture! 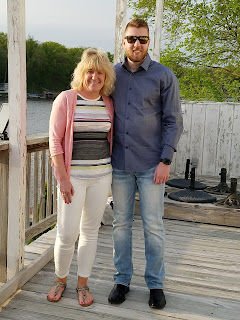 This was the coolest game to play!  It's called Suspend and fun to play!  This was Ian's last move.... 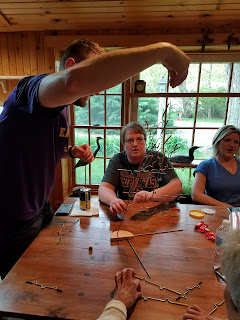 And then it all fell down! 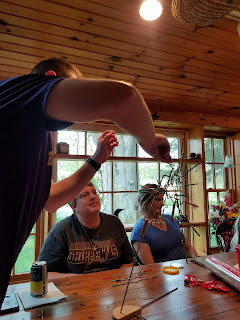 They were also playing a game called Tenzi.  This was a wild, quick game but they all enjoyed it!  At least it sounded like they enjoyed it! 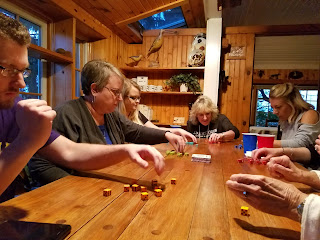 Not sure if this video will play or not.....but if so, you'll hear how much they enjoyed the game!

So now it's back to life as normal in Michigan!  Whatever that is!
Posted by Robbie at 6:02 PM