Nick's BD was last Friday, but the family celebration was held yesterday!  As usual, Kris and Darrin put on a feast as always!!!  It's always so nice to have the family together!!  Dawn just returned from a week out west, having a spa week with her gal pal! Great she and Jeff were both in town!

Grandma Nancy made another one of her famous cakes!  Each BD 'person' gets to pick their cake and Nick wanted confetti!  Grandma even made these tie dyed cookies to put around the cake.  Nancy always out  does herself with decorating!  And the cakes area always SO good!!! 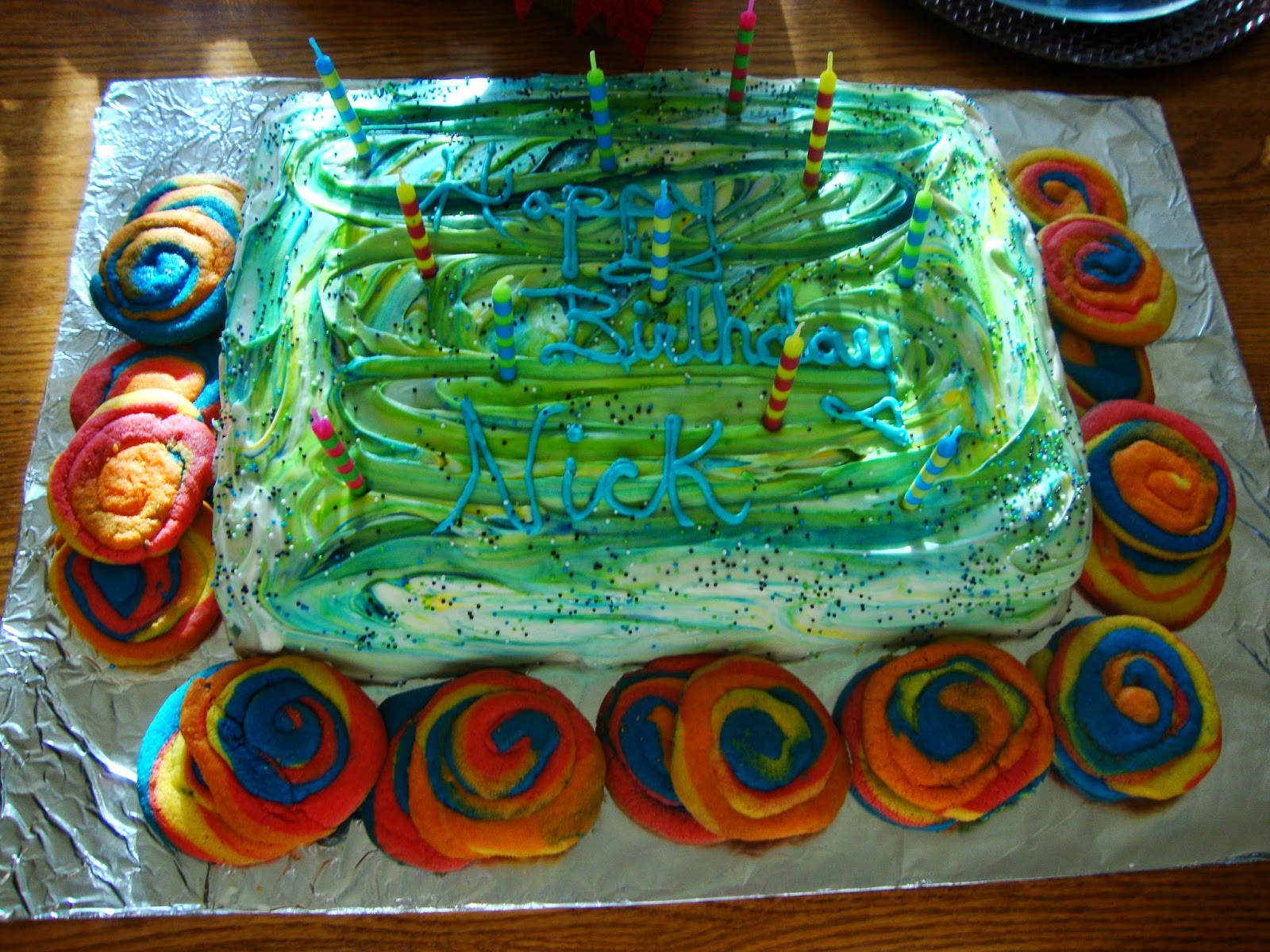 Nick had requested a Ripster (like a skateboard) from us ...but I told him they sold out so he'd have to buy it himself.  So what did he get from grandpa and I!  A pooper scooper!  HA  Nick is in charge of Brody's daily 'output'!  He thought the box contained the small Ripster!  Fooled him! 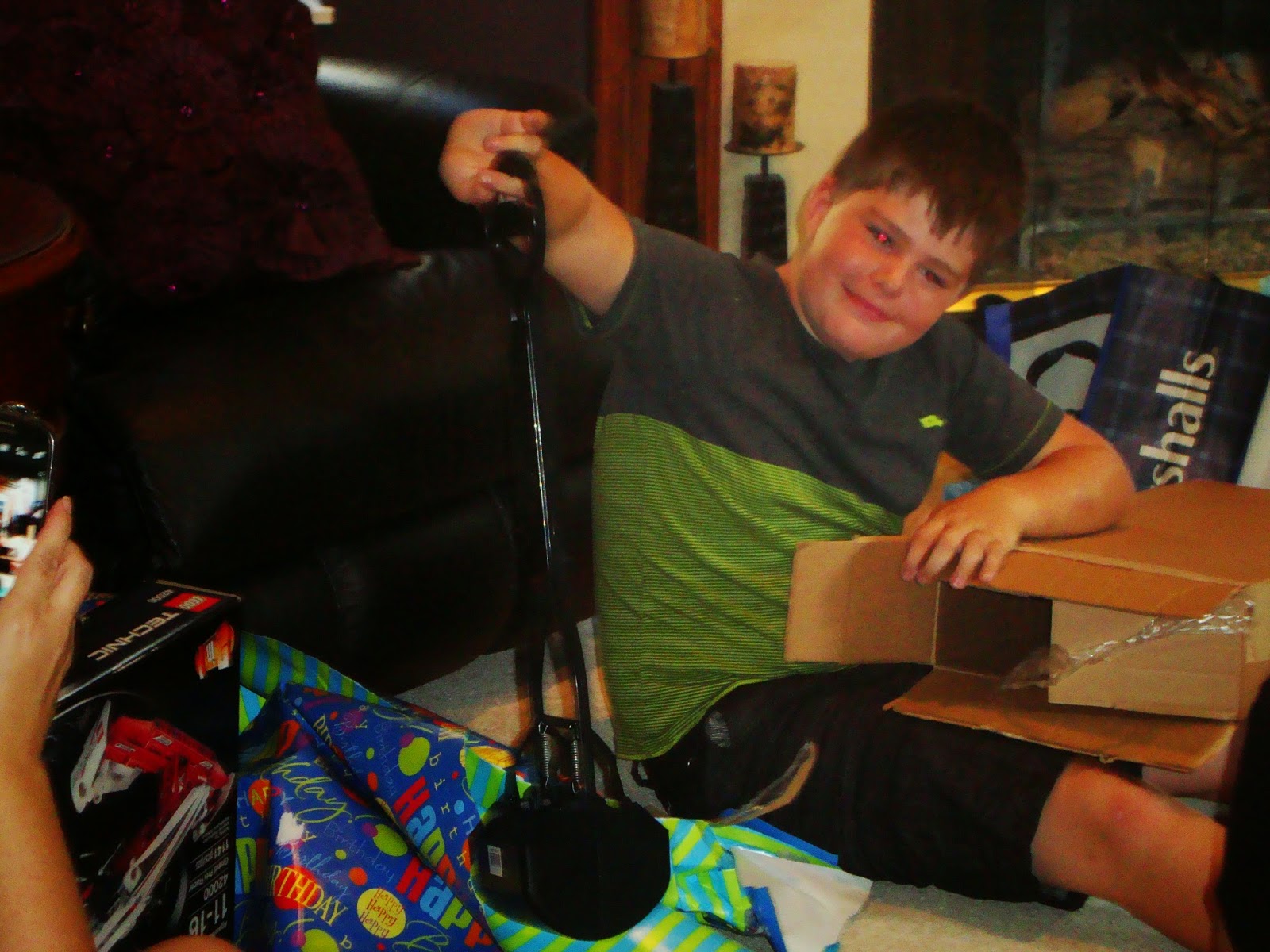 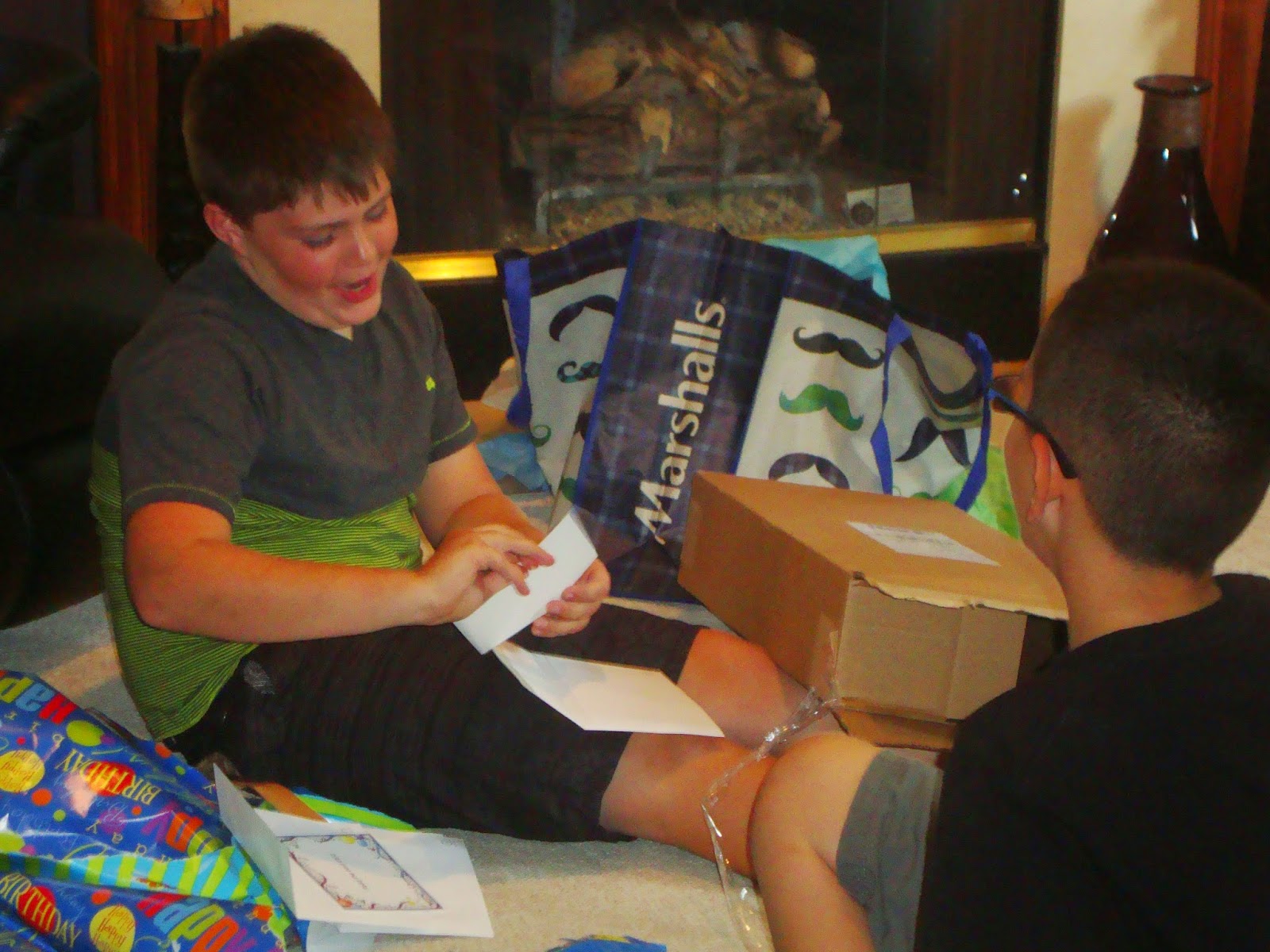 As I said, we wanted Nick to work for his BD presents this year.  I had cards made up and the first one told him he had to go on a scavenger hunt.  Amber handed him the 1st few cards and he had to read out loud.  Each card gave him a hint as to where his next card was hidden! 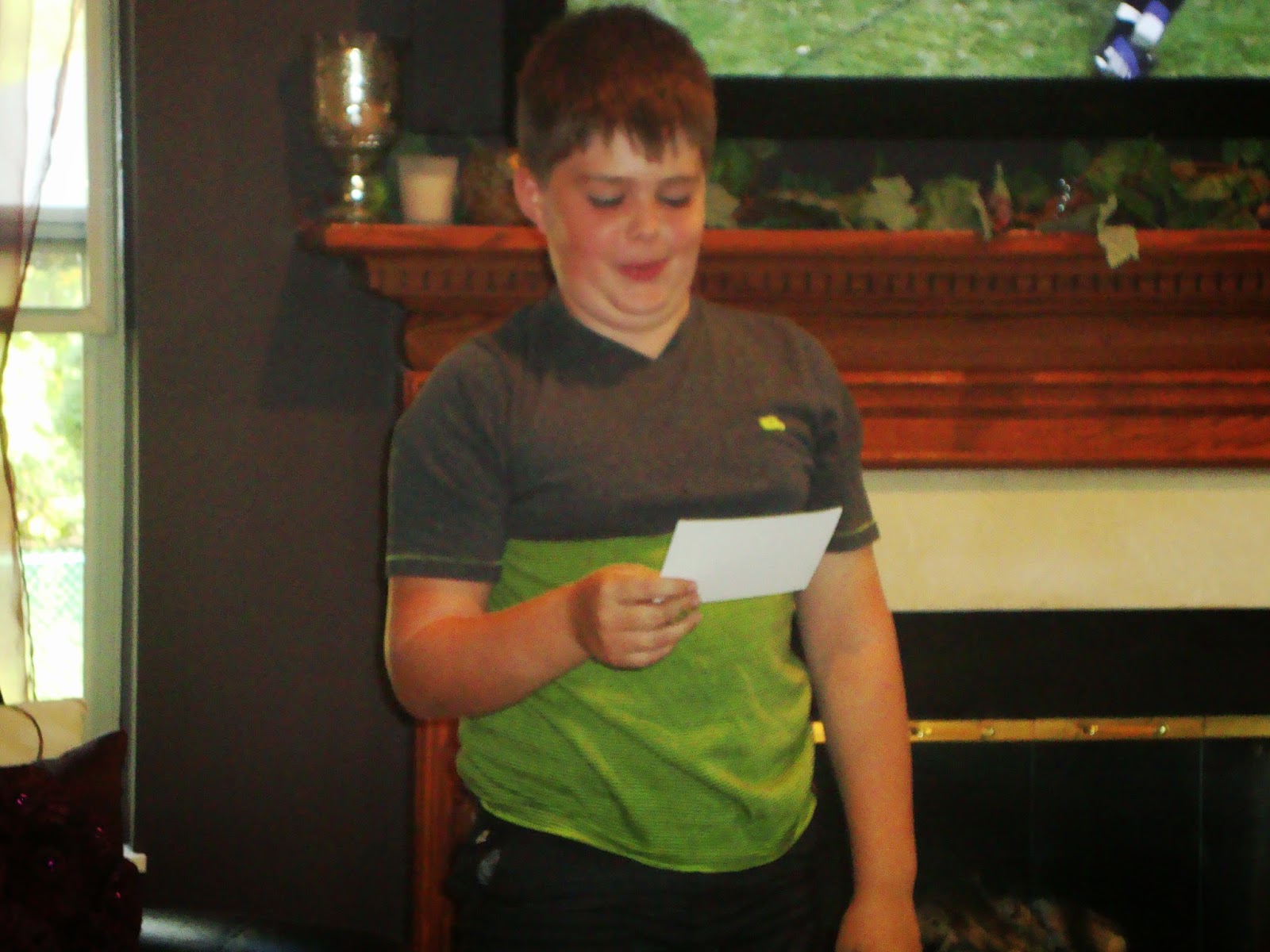 Nick's first card said "where do I have you go before you have a snack after school?" 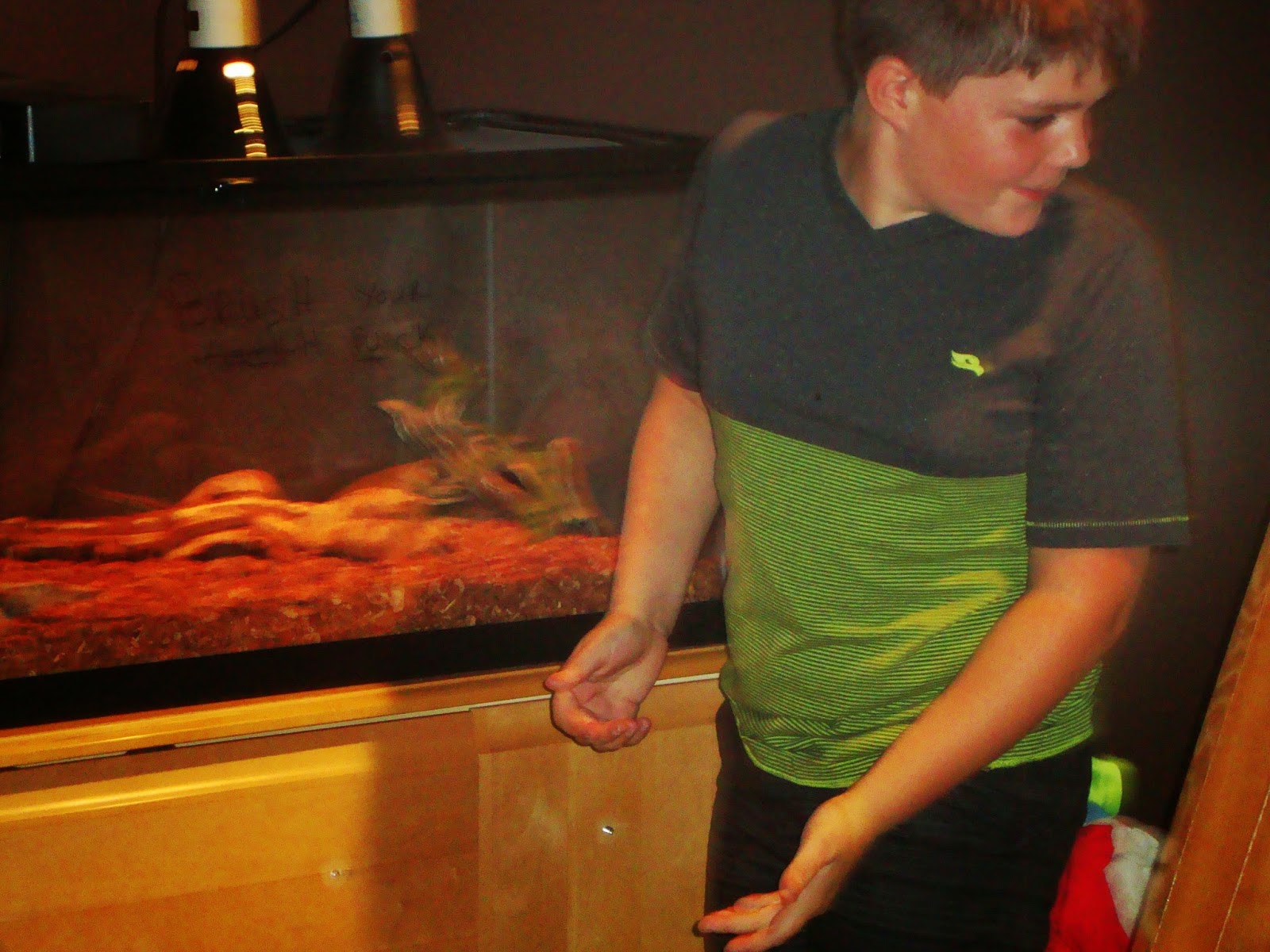 His next card was "go to the room where the desert animal lives under a blue light."  Well, that's his bedroom where Spikey the lizard lives with him!


That card told him "go to the room where you 'google'". 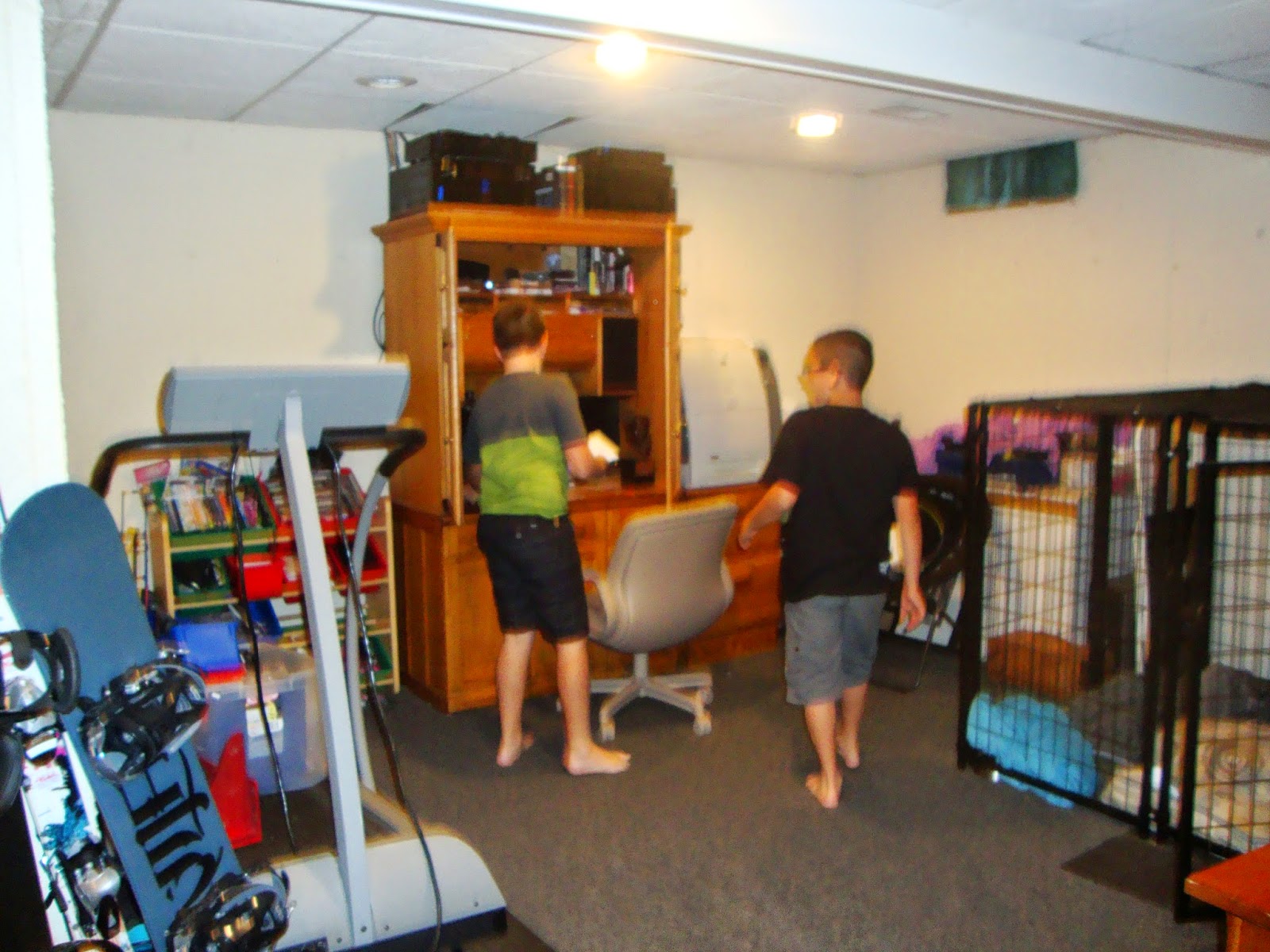 So that was the downstairs computer area.  And yes, that large (understatement!) cage (right side) belongs to Brody!!

That card read "where does the UPS man leave packages?"

Of course, that was the front porch, where grandpa had already put Nick's gift! 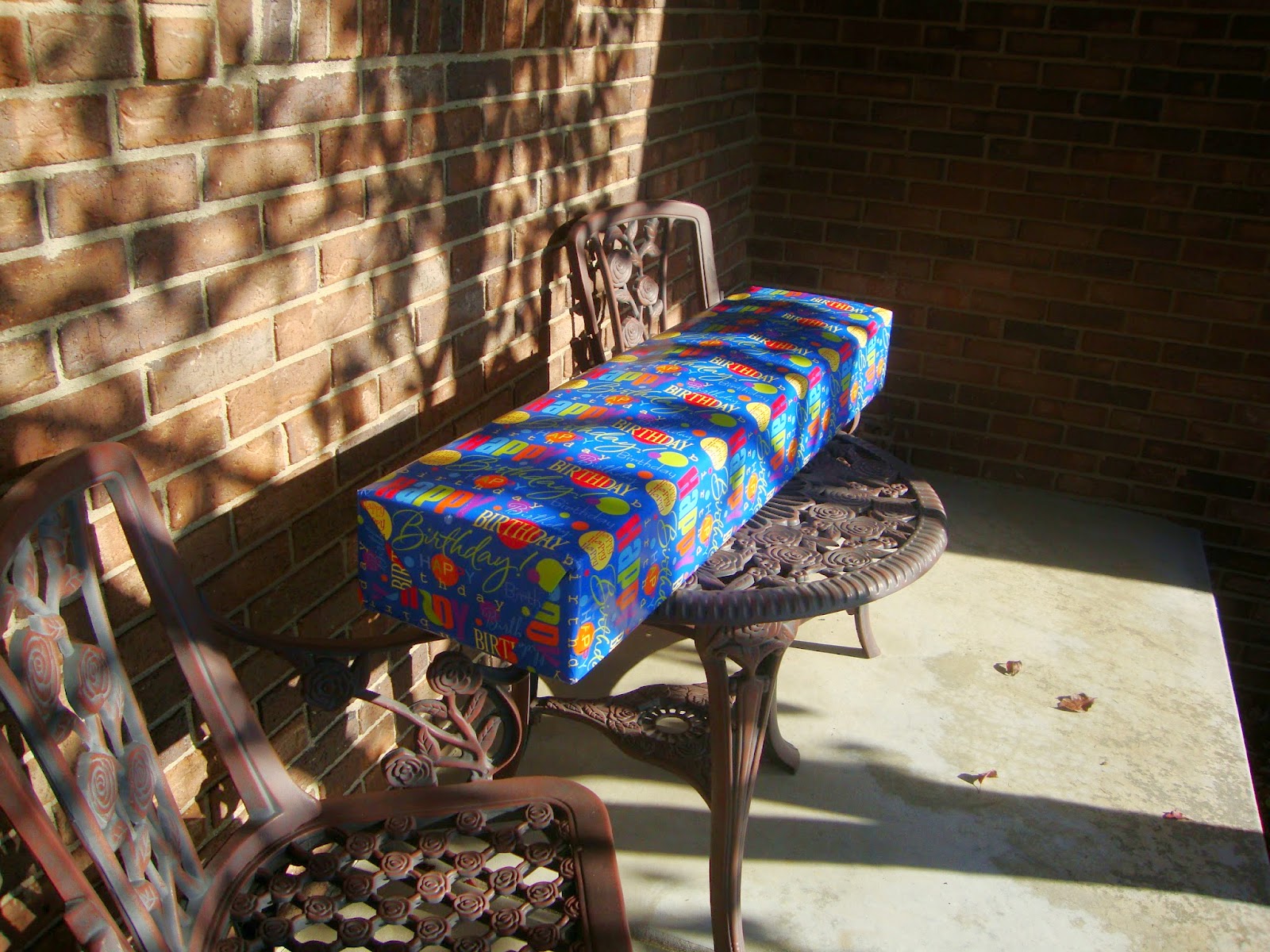 Finally, Nick got to open his Ripster! 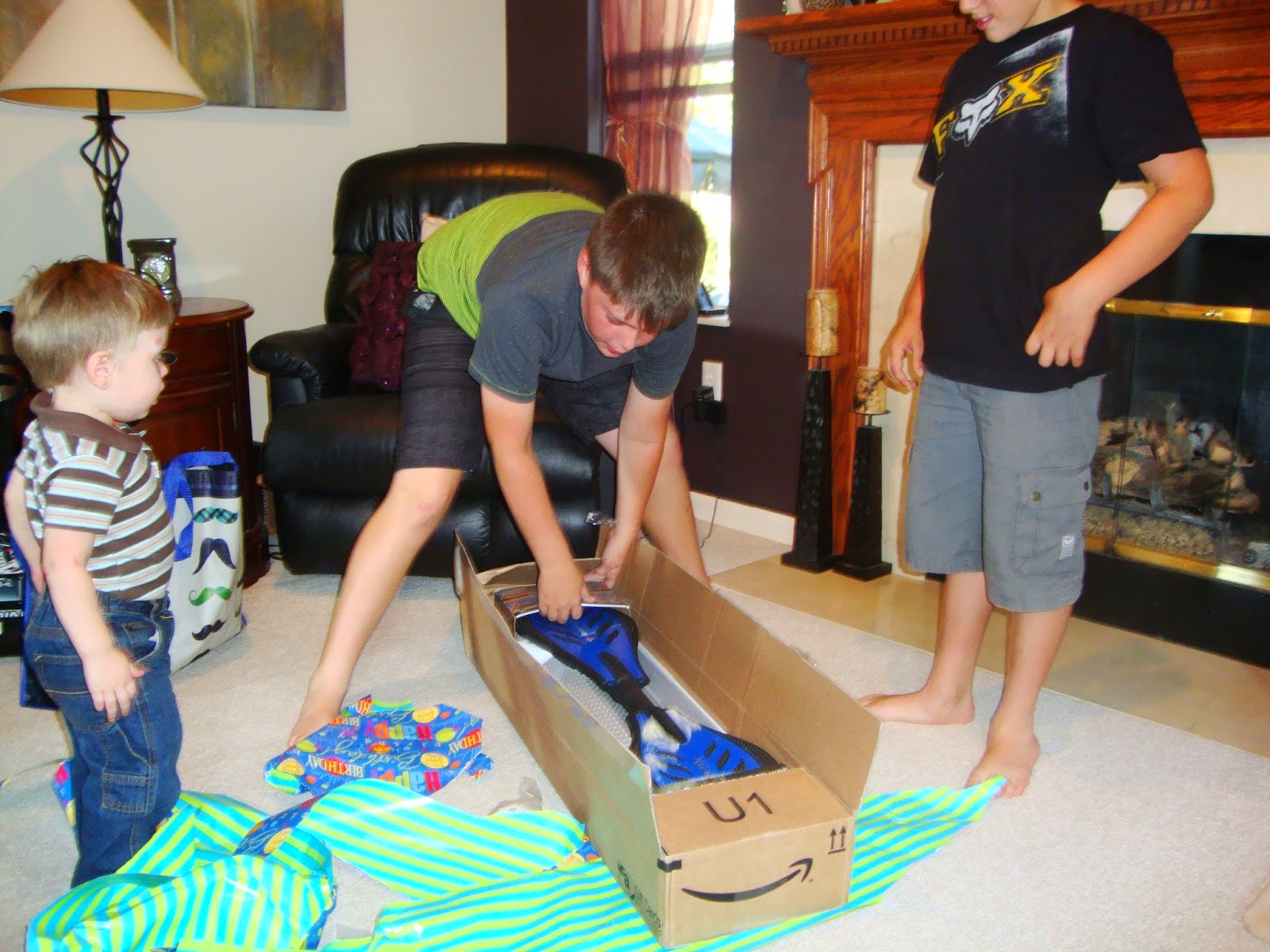 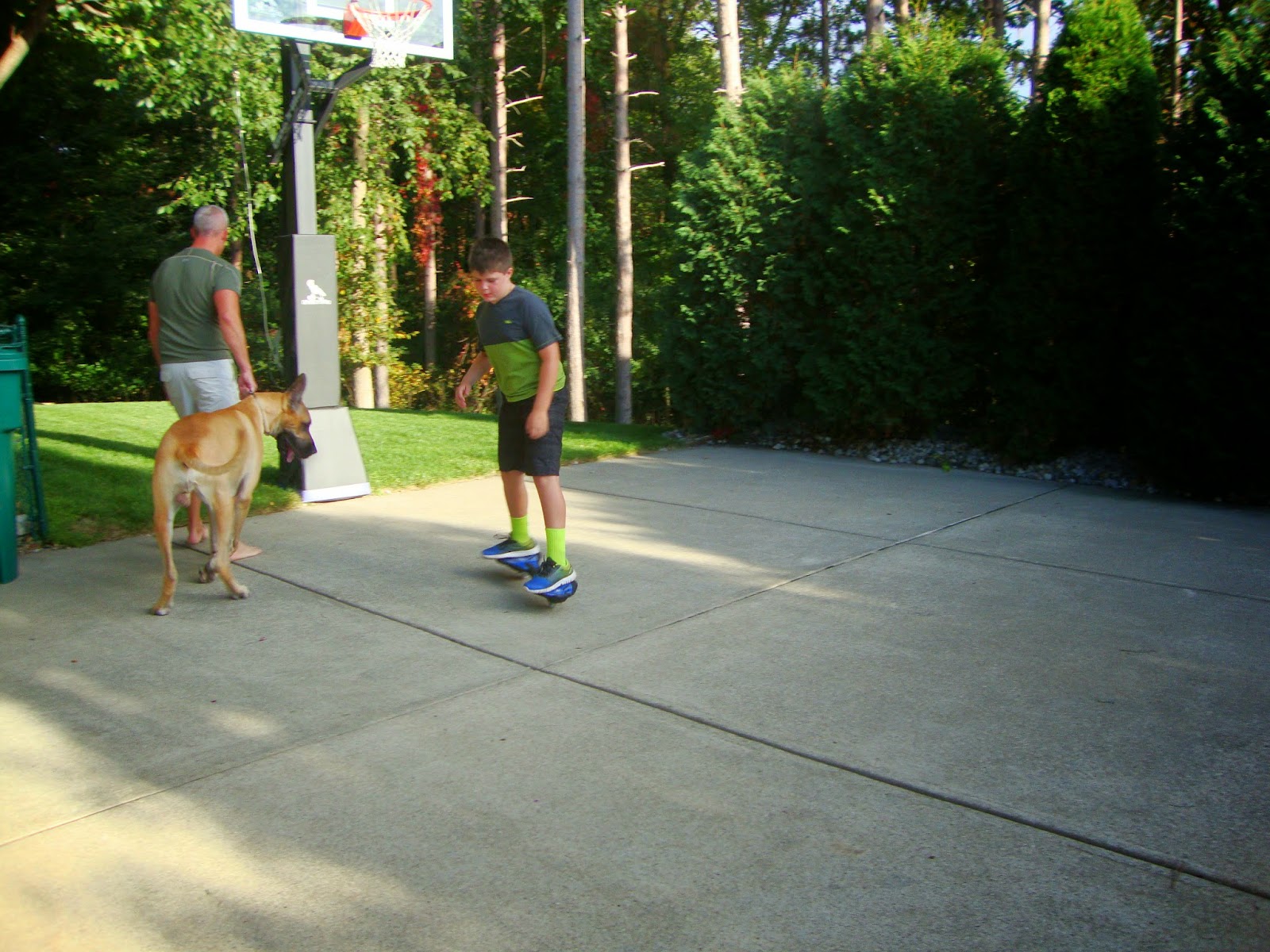 We were shocked that Nick could get up and ride this bugger!  It really is cool!!  I did try to stand up on it...but that was all I could do.  Must have been the sandals!  Next time I'll wear sneakers!  HA